Last weekend I was privileged to attend and participate in the Australia/New Zealand Microsoft Expert Educator's weekend in at Microsoft's offices in Sydney, Australia. It was an intense and valuable weekend where I met many like minded teachers. I am quite chuffed to now be distinguished as a Microsoft Expert Educator, so I wanted to briefly reflect on some aspects I found to be particularly interesting to me. 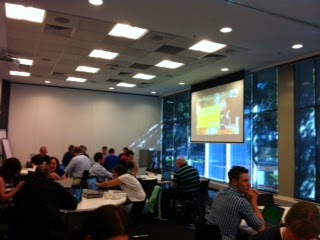 Firstly, it is amazing that there are so many incredibly passionate teachers out there who are showing incredible competency in how to become more competent! These teachers all know they need to continually update their practice and push the boundaries to improve the success of their students. They have incredibly ambitious plans, but are also very open about failings they have encountered along the way. I was honoured and humbled to be in such company.

An interesting concept I came across from another delegate was Hale at Home by Michael Valentine. I think the concept could have application in my own school that has a sizeable number of boarders like Hale in Perth. Michael has set up a sort of online school that engages with potential boarders while they are in year 7 and 8 to build up a rapport with the students and introduce them to some of the academic life of the college before they attend. I can see this could be an avenue to investigate more fully at St Andrew's. 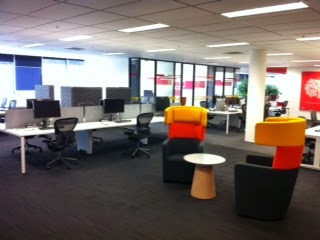 The last thing I will comment on is the design of the Microsoft offices and how it might inspire a modern learning environment in a school. The whole floor levels were wide open spaces. 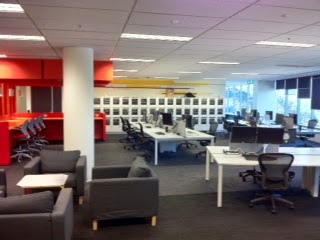 There were no desks "owned" by an employees and they were free to roam about or base themselves at whichever space suited their needs. Such a model requires huge trust from the employer and a great deal of motivation and discipline from the employee. 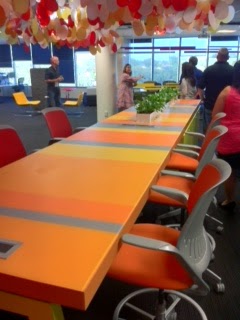 However, as it was pointed out, performance was still a key indicator of success. I reflected on the possibility of having such a set up in school, as I have seen at Hobsonville Point Secondary School during the #edchatNZ conference. At the time I reflect on how the model would require redefinition of how a school operates. Seeing the Microsoft offices did not change that opinion. However, my vision of feral students gaming unsupervised in the corner while teachers roam the halls trying to track some kind of work going on, is starting to be transformed. Now I feel that it could be an incredibly empowering experience for students if they were given some room to be independent and self directed. In such a case the teachers' jobs become one of managing this without "putting out the fire"

All in all I had a wonderful time, met some wonderful people and was left inspired by some wonderful ideas. I can't implement everything all at once, but I will start with something small. Hmmm, some more with OneNote perhaps...